Contact Michael Dante at michaeldanteway@aol.com with details to purchase your autographed copies. Thank you.

Click on the fb icon to join Michael’s Fan Group!
Thank you. 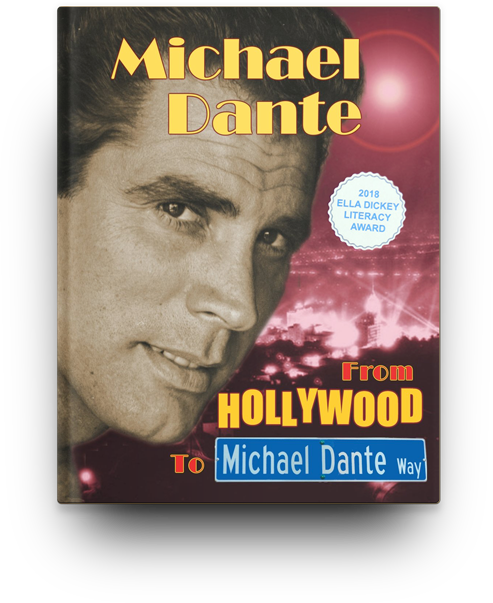 “Share my journey and you will be encouraged to believe in your dreams too.”
“Read stories of divine guidance, integrity and action that weave throughout the book.”
“I knew and worked with ‘bigger than life’ movie and television stars and became a better actor and person for it.”
“Enjoy the ride with me through an electrifying period of Hollywood’s history.”
2018 Recipient of the Ella Dickey Literacy Award, given to six national authors annually who have contributed to the preservation of history. Presented at the Cherry Blossom Festival in Marshfield, Missouri – April 2018. 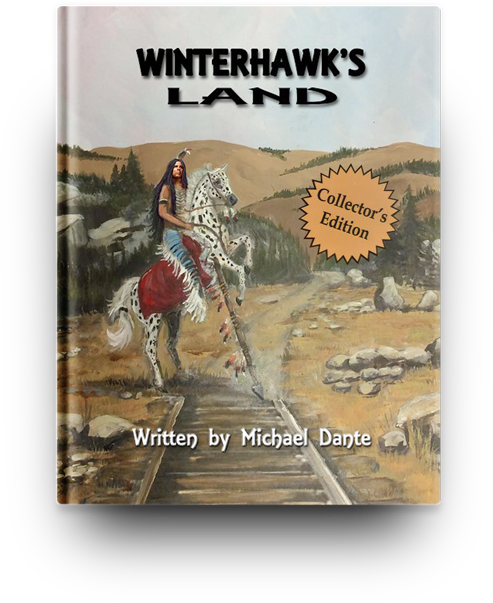 Winterhawk, a major motion picture, has become a classic. In 1840 in Montana, the Blackfoot Nation was nearly wiped out by smallpox. Winterhawk, a noble Blackfoot Chief, went to exchange his furs with the white man for a cure. He was betrayed and retaliated by capturing a white girl and her younger brother. Pursuit, revenge and love at the end was victorious.

Twenty years later in the 1860’s, Winterhawk left his encampment to see the railroad for the first time. It would travel through his hunting grounds where the buffalo roam, creating the genocide of his people. The railroad people planned to take ten miles of land on either side of the tracks without negotiating. Winterhawk’s Land is an action-based story between the railroad company, the U.S. government, Winterhawk and his people. How did Winterhawk finally deter the railroad and the government leaders, and survive in the name of progress? ‘Winterhawk’s Land – A Novella’ released by BearManor Media Publishing, April 26, 2017. 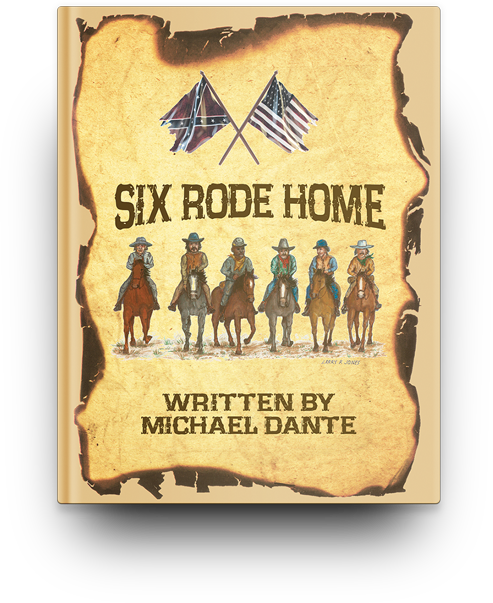 The men and women; women who were disguised as men, fought for our independence and freedom during the Civil War. Those that survived made their journey home, not knowing what to expect. All those who fought in this war and all the wars that followed, experienced the same anxieties, fears, doubts and other unknown expectations upon their return to their families and the life they left behind. Time and wars change, but the painful emotions of war torn memories remain.
‘Six Rode Home’ is the story of six Southern horse soldiers, who fought together in the Civil War for four years and were now returning home. They were disappointed that the war was over because they were on the losing side, but also happy they survived, heading home to their loved ones. What they experienced in route were emotions of joy, sadness, horror and a hopeful anticipation for a new future of happiness and peace. But, there was a lingering fear that what they were hoping to find, was not to be.
During this crucial period in American history, the North and the South had their ups and downs, and so did these six that rode home…to what?

My Classic Radio Interviews With The Stars
By Michael Dante 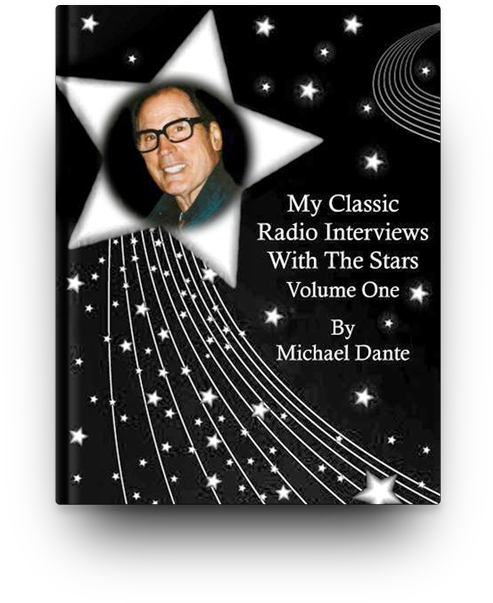 From 1994 to 2008, I was the host of The Michael Dante Classic Celebrity Talk Show in Palm Springs, California. My wife, Mary Jane and I recorded over 200 captivating radio interviews with the top classic celebrities from the world of entertainment and sports. Together, known as ‘Team Dante,’ we developed and co-produced a unique one-of-a-kind radio show. This exceptional collection is a personal experience; an insight into the lives of some of the world’s most creative, intelligent and famous people.

Contact Michael Dante at michaeldanteway@aol.com with details to purchase your autographed copies. Thank you.